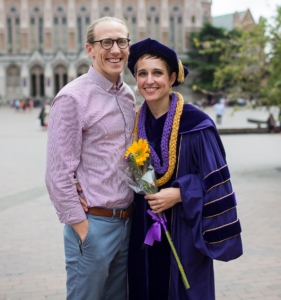 Hello, my name is Ben Robinson and I have the great fortune of serving as the pastor at Urban Grace.  Soon after my arrival in 2013, Urban Grace became my spiritual and emotional home.  I love our community and all that we value.  Urban Grace is a place that really lives out our mission to be a welcoming place no matter your beliefs, background, or situation.  I love our role as a community center, and the way we care for this city when she flourishes and when she struggles.

Before arriving at Urban Grace I had the privilege of serving and studying in a variety of contexts.  I am from Spokane and am a Washingtonian at heart. I spent my youth skiing, climbing, and soaking up all the Northwest had to offer. After studying religion at Whitworth University, I moved to Cairo, Egypt where I served at an Anglican church and did a masters degree in Middle Eastern Christianity. Following my first stint in Egypt, I attended Princeton Theological Seminary and was ordained by the Presbyterian Church (USA).  I then returned to Egypt where I served as an associate priest at St. John the Baptist Anglican church. After a total of six wonderful years in Cairo, I returned to the Northwest trailing my amazing wife Emily who was doing graduate work in Seattle.

We have loved being back in the PNW and have found Tacoma to be a wonderful home.  We relish the opportunity to spend our free time hiking, climbing, mountain biking, and doing all the things one does when you live in the most beautiful place on earth.  I also love good food, good drink, and good conversation, so if you want to connect, shoot me an email, I would love to get together. 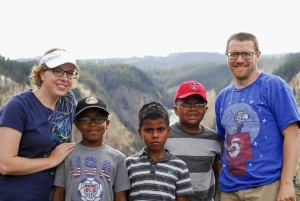 Hello! I’m Jennifer Dean and I’ve lived and served in the Tacoma area for over 20 years. I grew up on the Oregon Coast and came to Tacoma for college at the University of Puget Sound. After two years in college ministry post undergrad, I went back to school at Fuller Seminary (Northwest) and received my Masters of Arts in Theology. I’ve worked with churches for most of my professional life and have been at Urban Grace since 2008. I love the variety of behind the scenes and administrative work that I get to do but I especially believe in the vision of Urban Grace to be a welcoming community for all.

My husband, Sean, and I were married in 2004 and we have three sons. Our family loves to eat and play well, watch good movies (sometimes with superheroes), and enjoy our friends and family. My best days involve walking my dog, reading, interesting conversation, and dessert.

Hello! I’m Lesley Paine, and my family moved to Sumner in June of 2018 from the New Orleans area. I was born in Scotland, but I moved to England, then Texas as a child. My husband, Tom, is the Wing Chaplain at Camp Murray, so as a military family, we have moved around the US.

I earned a Masters of Divinity from Austin Presbyterian Theological Seminary in 1997. Tom did too, just a few months later. I was called to Philadelphia, and he went to Fort Worth. We started dating at our class reunion in 1999 and married the next year. On our second anniversary, we had our son, John. Hannah is 16 months younger.

I have been a minister of evangelism, a fill-in preacher for other ministers, a minister of youth and families, and many other positions within the Presbyterian Church (USA), and even a couple positions with the Church of Scotland. I am a photographer with an interest in films. We love to travel and use our new travel trailer any chance we get. We fell in love with Washington on vacation last year and decided to retire here when Tom’s time comes.

We came to check out Urban Grace because we heard it was our kind of place, and we thought we might help the Presbytery of Olympia start a congregation near Sumner, but then we didn’t want to leave. I am thrilled to start the work here as Minister of Spiritual Care. I didn’t know how God would use me when we made this move and I am so pleasantly surprised by God’s provision. 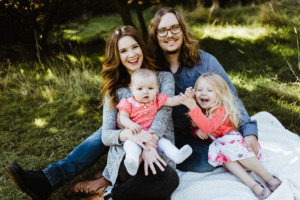 Hi! My name is Amanda Sherman and I have lived in the Tacoma area since 2011. I am originally from the Midwest and later attended college in Florida where I met my husband, Walker. I graduated in 2010 with an Associate of Arts degree in Music and am currently pursuing a Bachelor’s in Psychology. We moved to the PNW for a job opportunity and fell in love with Tacoma! We now have 2 daughters (Cosette and Clairity) and a Ragdoll cat named Lacey.

Walker and I are both musicians and we have been serving and/or working in churches since 2006. Though we are fairly new to Urban Grace, we immediately felt loved and accepted and are proud to call it our church home.

When I’m not playing music or chasing my girls, I love to cook and bake…and eat! We love to have people over and share food and conversation with friends. I also enjoy reading and watching old sci-fi movies with my husband and My Little Pony with our kids. 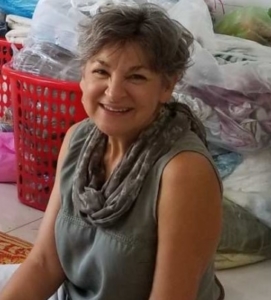 If you know me at all, you already know the most important things about me…I like your kids. I like getting to know them, talking about God, the bible and the church with them, making stuff with them, answering their questions, playing games and having adventures with them, and just generally goofing off with them.

What you may not know is the deep conviction that lies behind all that. Some of the last words that Jesus spoke when he was on earth were to Peter when he told him to “feed my lambs, take care of my sheep”. This instruction…or, as I like to think of it, this invitation is what compels me to invest my time and energy with your kids, and with you.

While I have been at this a few decades, I am always learning new ways to feed and care for God’s lambs. I am most eager to partner with you in this ongoing discovery. I am open to any ideas, questions or concerns that you may have and trust that together, by the grace and mercy of God, we can fully embrace this joyful task. 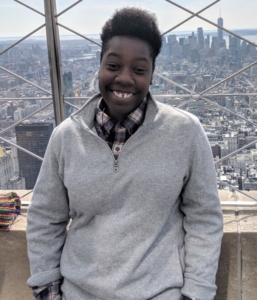 Elizabeth R. Reeves is the Youth Ministry Coordinator with Urban Grace (UG), as well as a professional multimedia artist.  Ey* was born November 19, 1991, in Kansas City, Kansas and grew up in Puyallup, Washington.  In 2013, ey graduated from Pacific Lutheran University with a Bachelors of Fine Arts.  Elizabeth facilitates and plans out the scheduling, activities and crafts for the grade school kids within Sunday school.  Ey also assists the UG art team with different projects for various liturgical seasons.  Within the art realm, Elizabeth has earned several art awards and exhibited artwork in several places within the Tacoma and Puyallup area.

Hello! I’m Sue Brown, Project Coordinator, overseeing the Capital Campaign projects as we work to renovate/restore this beautiful historic building.  I’m Blessed that God has chosen to allow me to serve at Urban Grace in this capacity.  Before retiring and moving to Tacoma the fall of 2016, I spent the last 15 years of my career as a facility manager for a large corporation in California. Being a recent transplant, I’m enjoying making new friends and discovering all that Tacoma and this area has to offer and learning what it’s like to be partially retired. I enjoy reading, watching movies, knitting, cooking, baking and of course eating! Oh, and one of my favorite past times – hanging out with my 3 grandsons!

Hello! I’m Justan, the Facilities Coordinator for Urban Grace. I keep track of the cleanliness around the building and work closely with events and weddings. Needless to say I stay pretty busy, but when I’m not at work or in class, you might have to pull me away from a good fantasy novel or ask me to put down my current writing project. And if you can’t find me, my wife, Dayna, and I have probably gone fishing!

We have no job openings at this time.